Midway developed several bronze age games on the same hardware; hardware on which he later ported Space Invaders as well. Dog Patch represents one of the games of the “western trilogy” (Gun Fight, Boot hill and Dog Patch) and is intrinsically two-player. The game is simple: two players have to challenge each other by hitting as many times as possible, alternately, a can thrown into the air. The player controls his shotgun by a spinner.

The cabinet is in very good condition and is an original Midway production adapted to 220V operation. The rear panels have been replaced with new ones due to water damage but the rest is absolutely original. 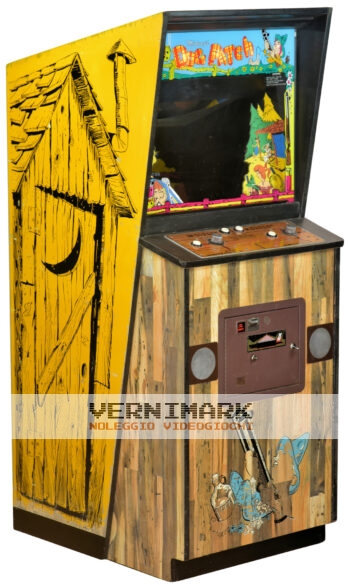 I picked up this game in good conditions with the exception of some water damages on the back and on the bottom base. 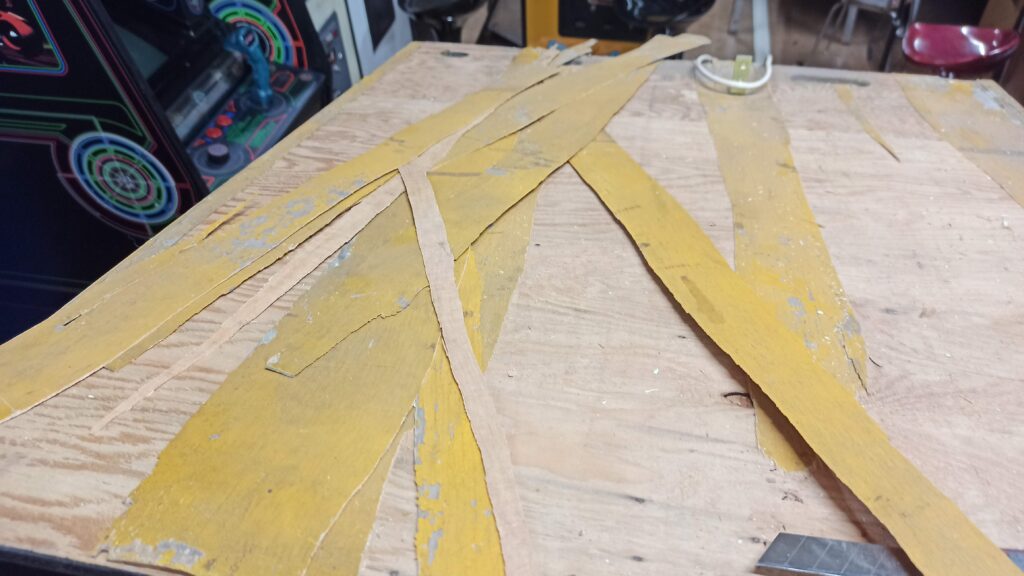 I just cleaned the sides removing a yellow paint used to cover sone scratches. This paind was of a different yellow so the impression was terrible.

On the front side I just cleaned a bit the marquee 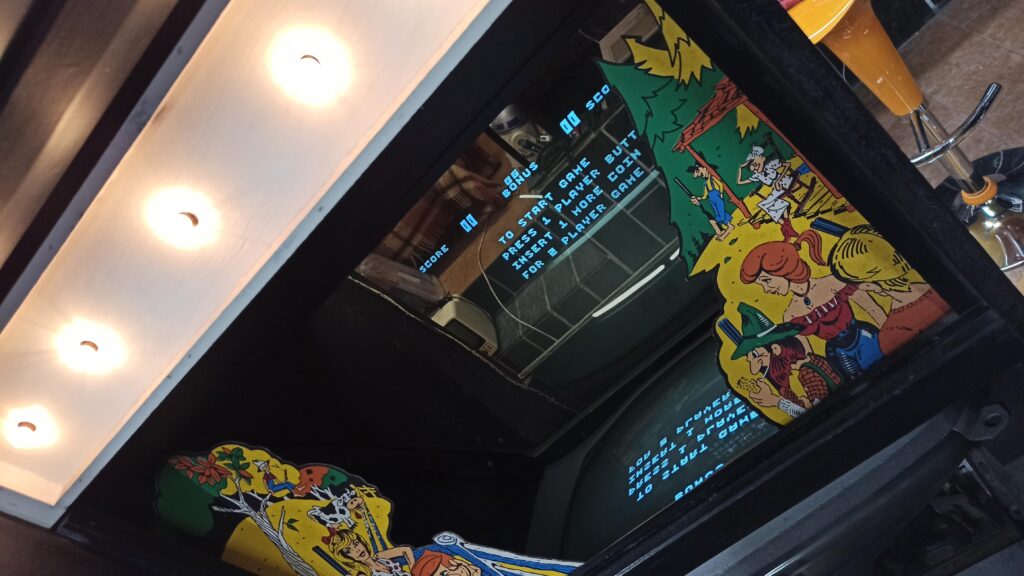 Then I painted with a light blue some glass parts 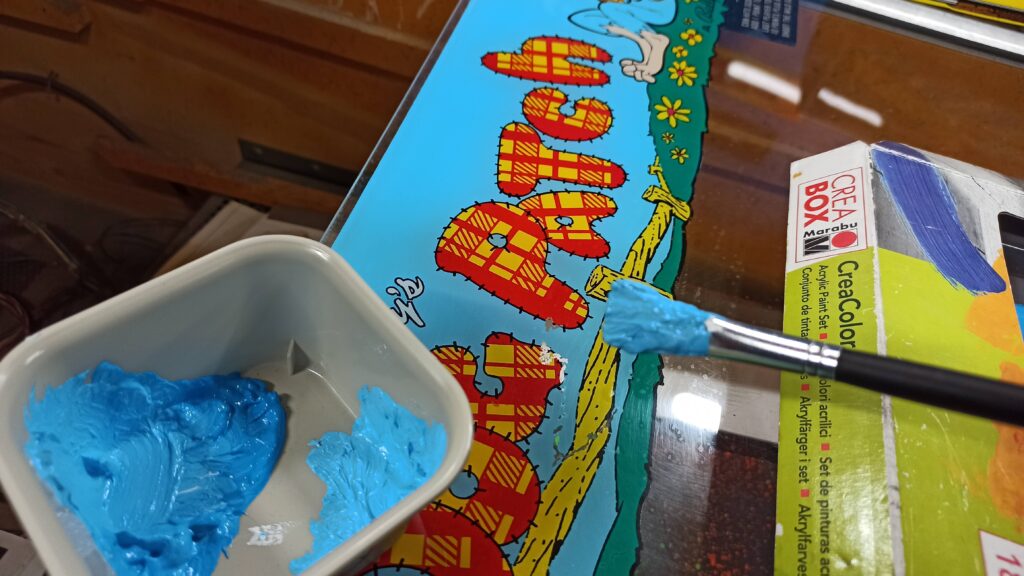 The coin door panel has a corrupted artwork. I left it as is untill I would find a good picture to reproduce what now misses 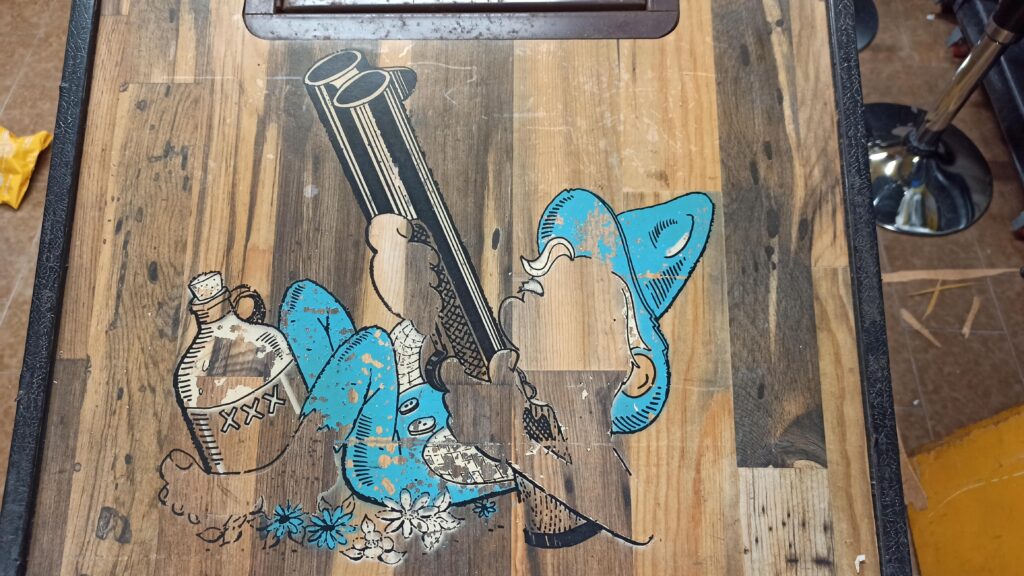 First of all I used glue

I removed the black all around using a new paint

One side was damaged. I removed the first layer replacing it with a new one. 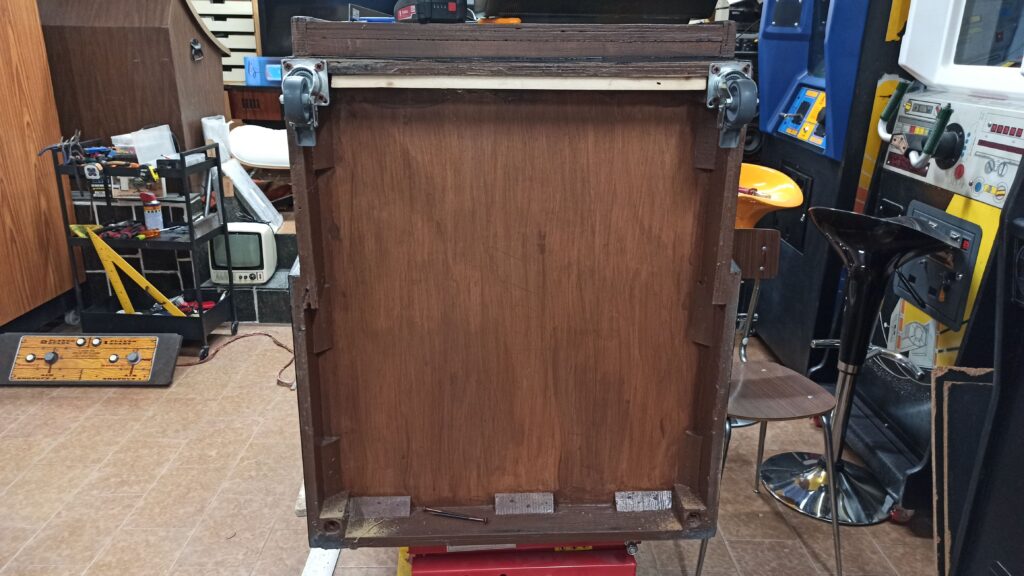 I cut the wood, then painted a primer and a new yellow.