It’s a vertical-scrolling race game where you control a toy car that moves on a mixed path (citizen, frozen, tunnel, narrow …). Opponents are very dangerous as well as the rescue vehicles that sometimes appears. The game is time based but  it is possible to win additional machines to use indefinitely once the time is out until the next collision. The car is driven by a steering wheel, a pedal and a two-speed gear. Scores are managed by 7-segment displays. The game clearly tries to reproduce the best known Monaco GP, even in the features of the cabinet in “mini” (or “cabaret”) version.

The cabinet is a mini distributed by Olympia. Actually this game was distributed both by Olympia and by Model Racing, both Italians, and differed only for the brand on the graphics and the logo in the game. I assigned the production to ZACCARIA on the basis of internal architecture and documentation. Cabinet is in very good conditions; internally the power supply has been replaced with modern components while the game board is original. As a technical note it can be emphasized that the original game was cabled logic without a CPU while this reproduction uses one CPU, even if used only for some functions; therefore, the work of re-engineering of the hardware is commendable. There is a very few number of  complete and working.

Theoretically this is a MONACO GP bootleg, but looking at the board you can see it has been redesigned with a CPU. Looking at the schematics most of the logic parts are the same of Monza GP but Olympia could save a lot of ICs osing a CPU. Display board is different too. Sega version is intelligent. Top scores are managed directly on the board; on the contrary Olympia board is “stupid”, just a matrix to show top scores and time/ranking; in this case it’s more similar to TURBO display board. This is the boardset. Audio board is the same than Monza GP. you can see part of the CPU board, part of the EPROM board and the sound board. 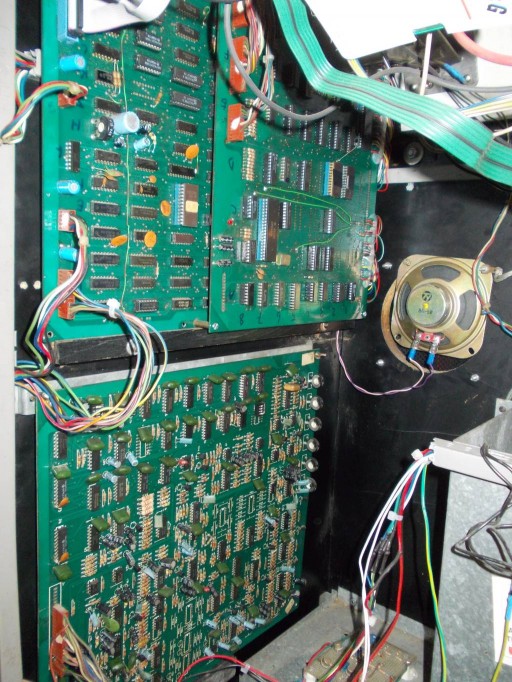 This is the component side of the display board 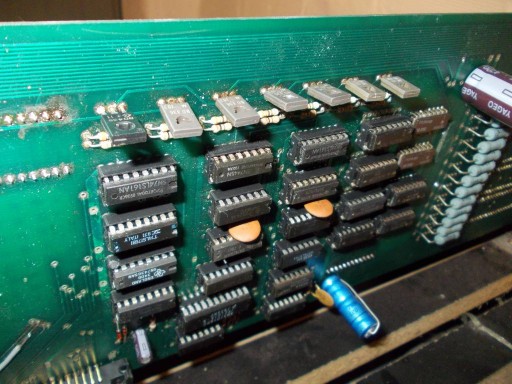 This is the EPROM board 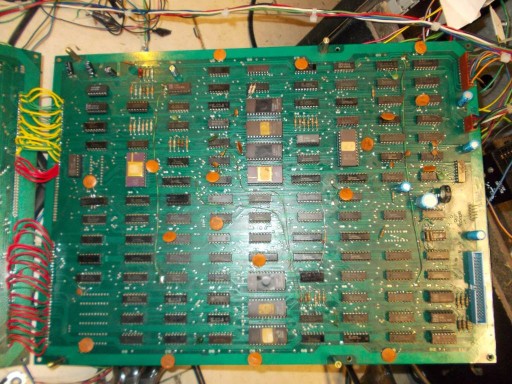 EPROM board is full of factory hacks 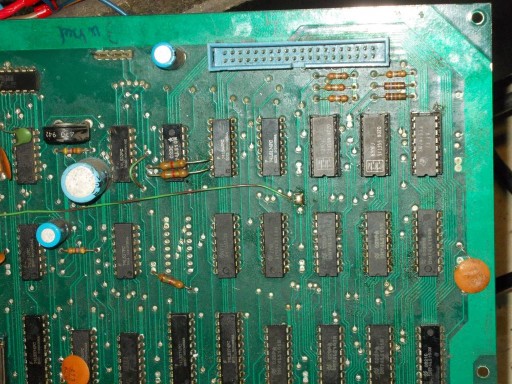 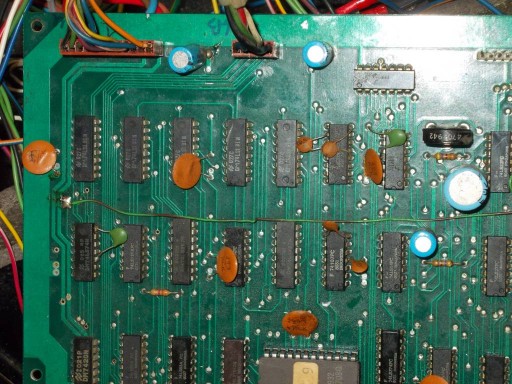 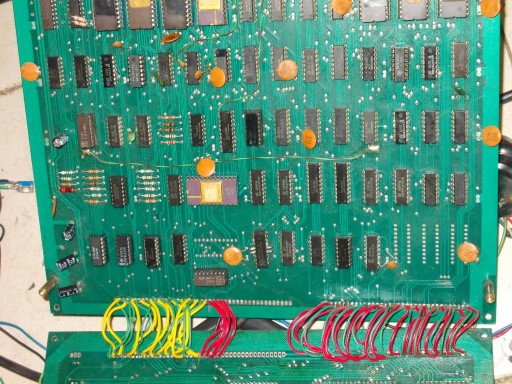 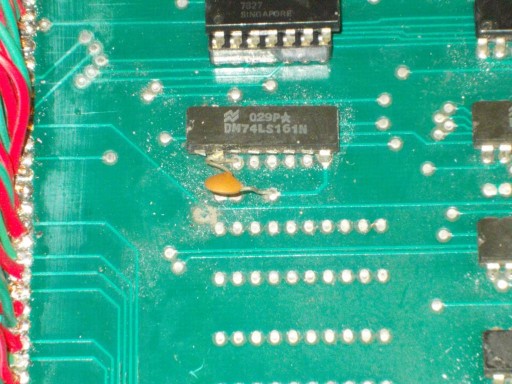 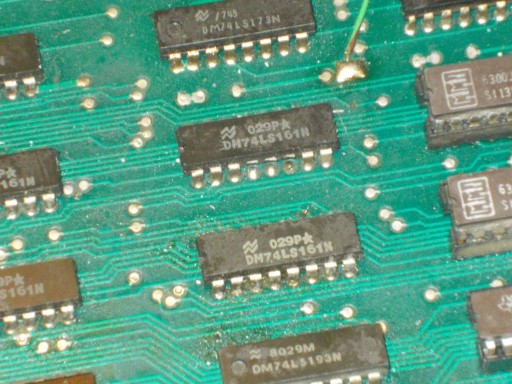 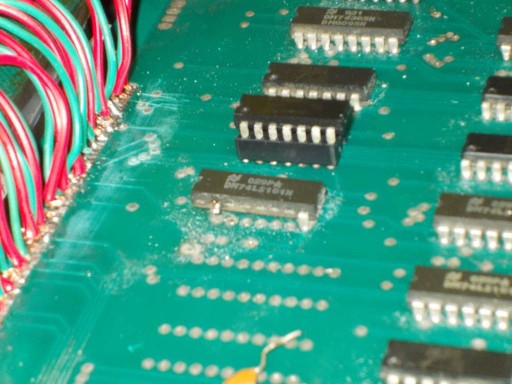 Tis is the cabinet. I used a modern monitor manufactured in Italy for videopokers. A little transformer is used for lamps behind the marquee. In this case I used led lamps to preserve the marquee from the heat. 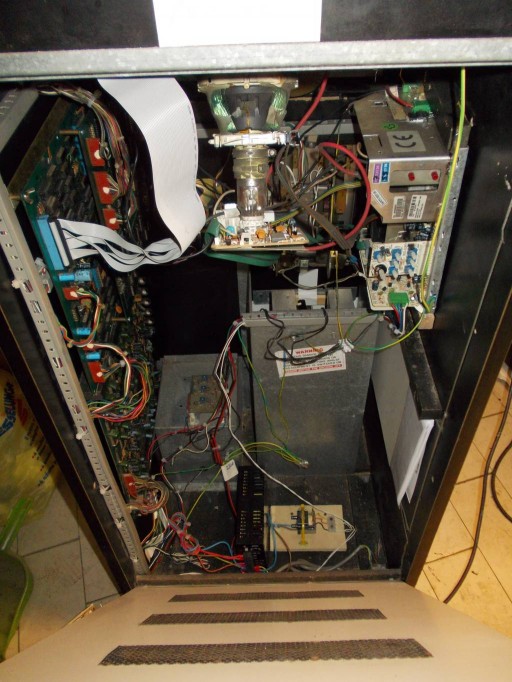 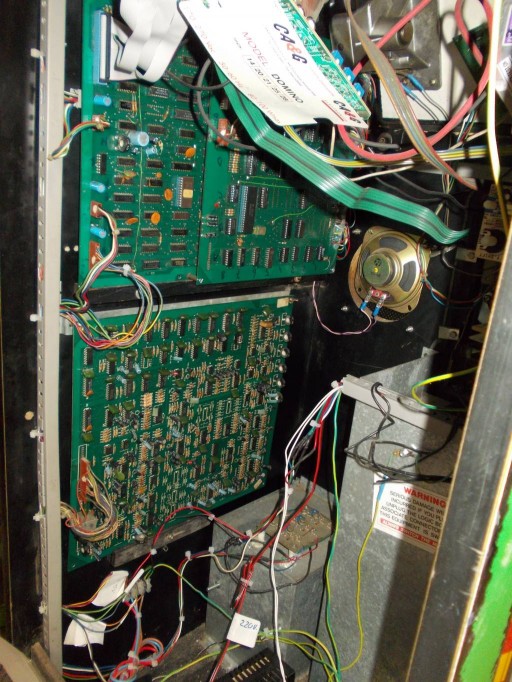 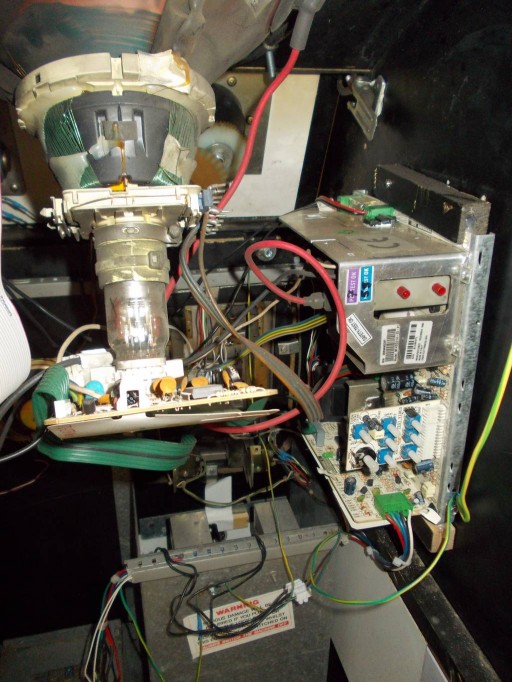 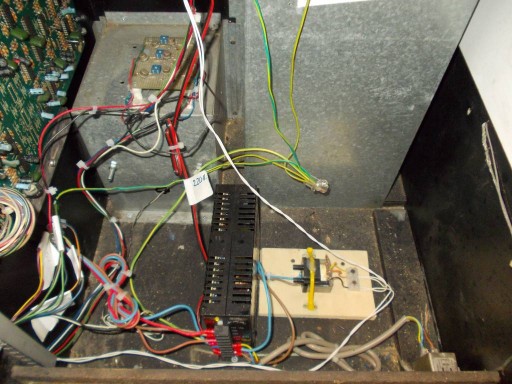 This is the cabinet 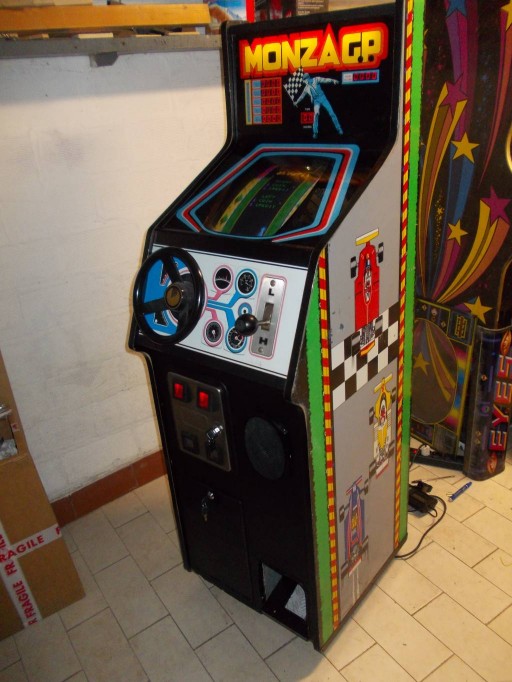 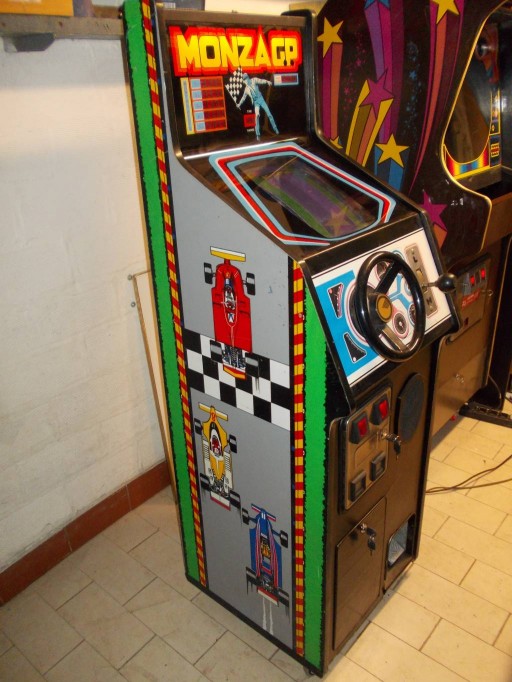 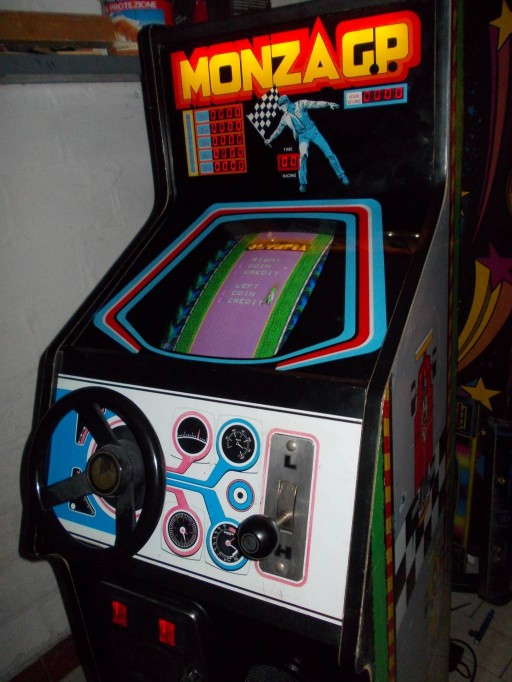 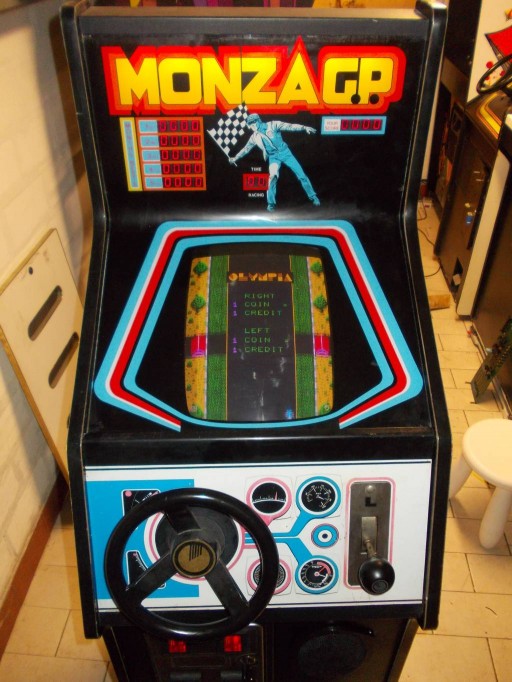 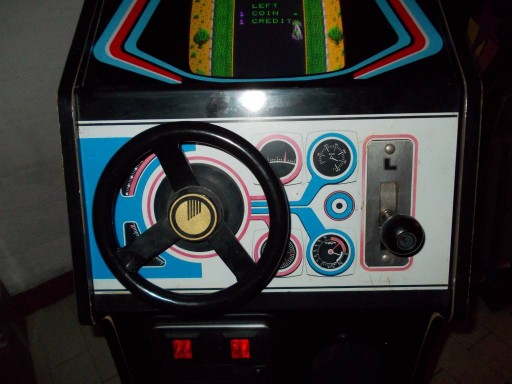 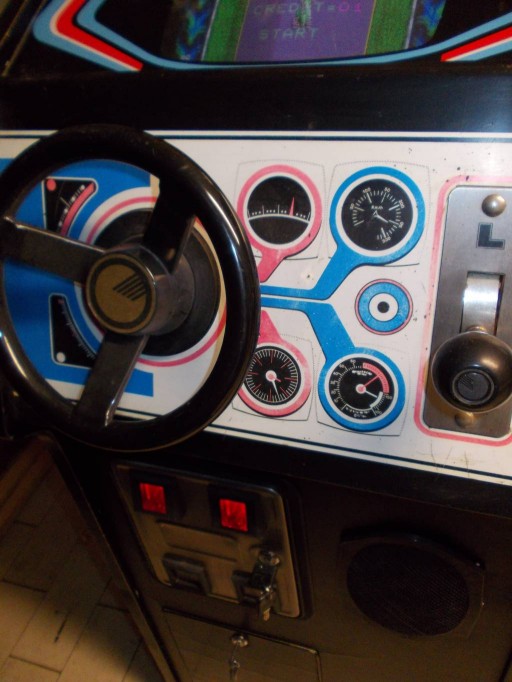 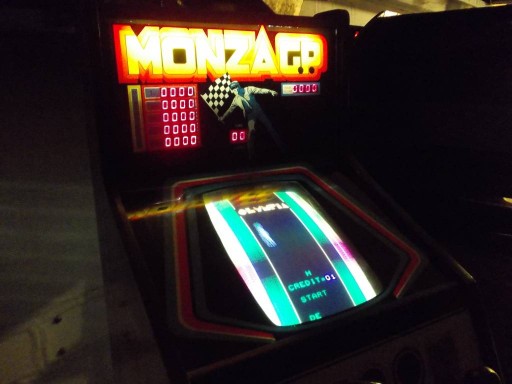 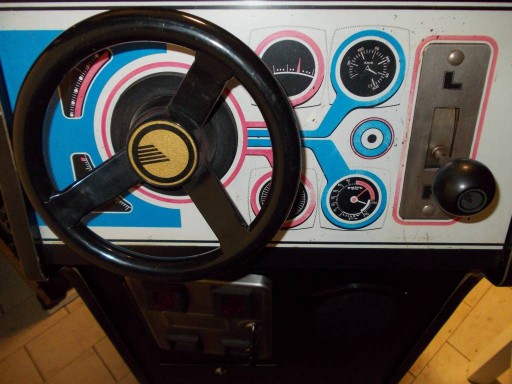 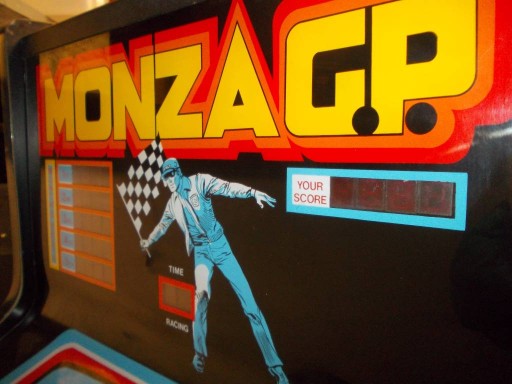 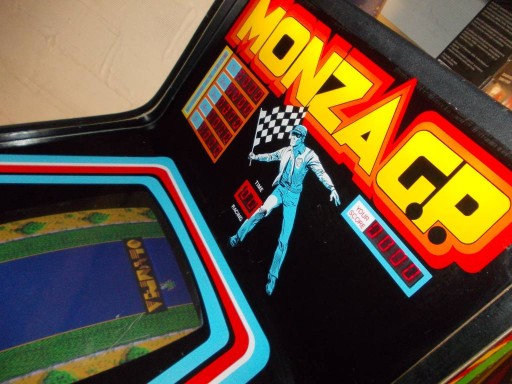 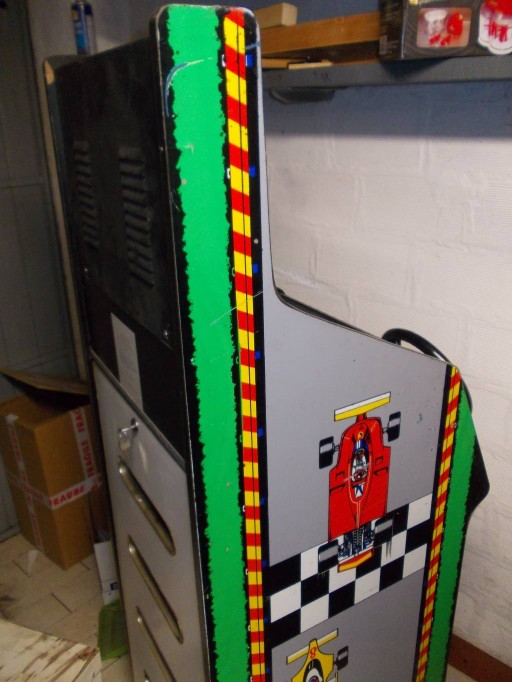 Replacing some RAMs I could see to have repaired the board…

And here is my first game

I had to replace some memories only to remove some garbage from the screen during the race.