This cabinet has a double game: INTRUDER and CRASH, the title can be selected from a special knob until the game has started. INTRUDER is the SEGA version of Space Invaders with the UFO at the end of the level that wanders around the screen, while CRASH is HEAD ON with the machine running through a maze trying to clean it out of the “dots” while an “enemy” car turns in the opposite direction looking for a frontal collision.

This rare cabinet was manufactured  under license by SHOEI for the Japanese market with the aim of proposing two very famous games in the same cabinet. Mount a modified card that allows you to have two romset simultaneously. The two control panels have been reproduced while the rest is original and well preserved. 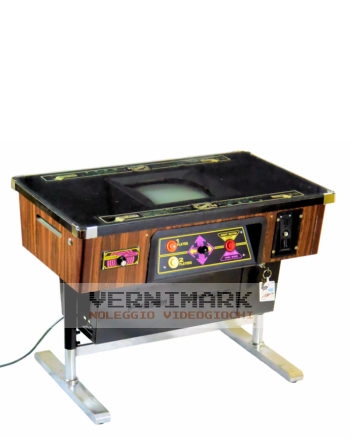 Yet another Japanese Cocktail

Wiz (www.tilt.it) gave me this not working cocktail after a glorious period in his pinball arcade room. It is Japanese and supports 2 games: CRASH and INTRUDER.

PC board is very similar to the original Sega/Gremlin hardware used for both games but supports 2 ROMsets Using a switch you can select one game or the other. This selection is functional during attract mode and credits but not during the match.   The game was a bit dirty but in general good conditions.


Instructions are in Japanese 🙂

Opening the cocktail I found everything in quite good conditions. On the top the 2 sound boards, on the right the power section and on the left the PCB. 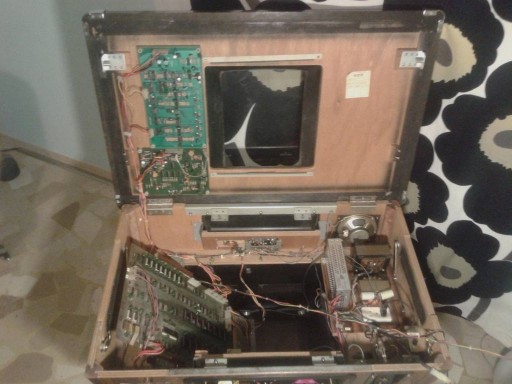 Here is a good image from the top: 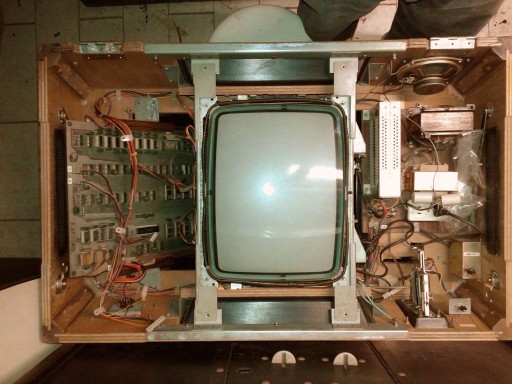 
This is the PCB in its definitive position without the monitor. 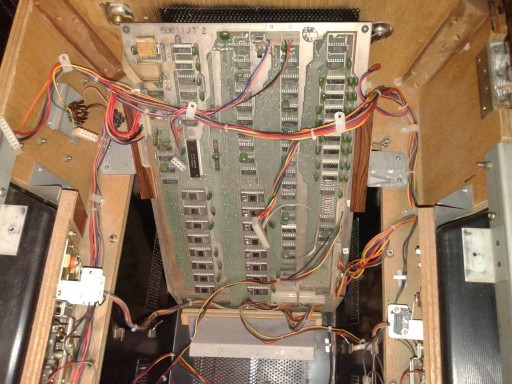 These are some pictures of the boards Main board: 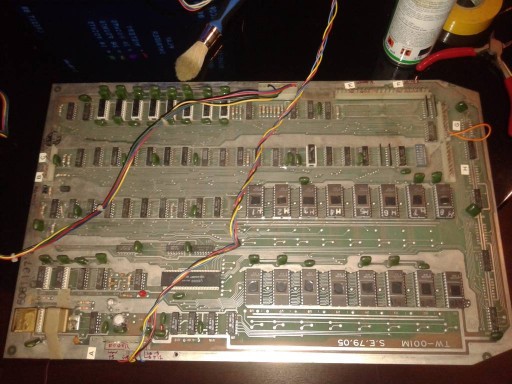 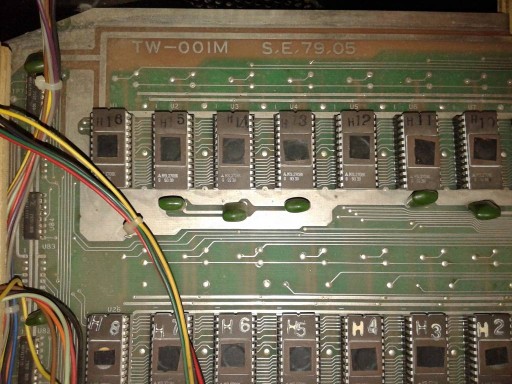 I could repair the board very easily. It had some oxide and the switch power supply had to be regulated. Some issues still remain on both sound boards. Monitor is bright :O 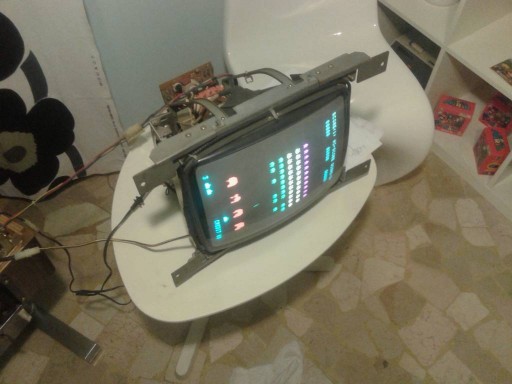 You can select the games through this switch. 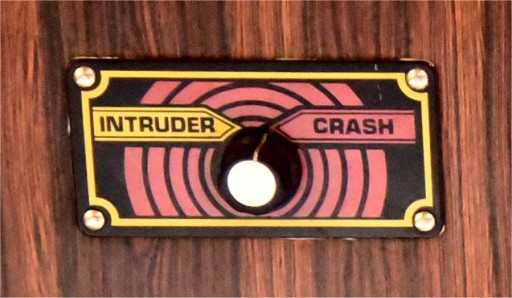 And these are the 2 games.

Both CPOs were in bad conditions so I disassembled the metal plates at first. 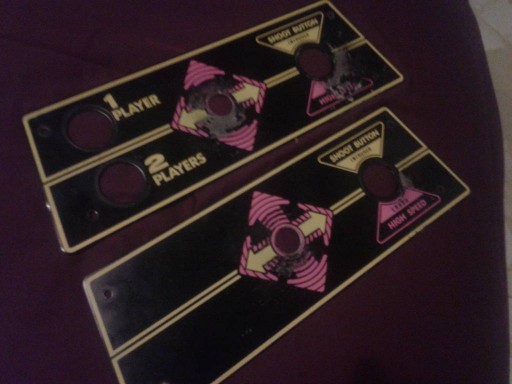 Then I scanned both plates 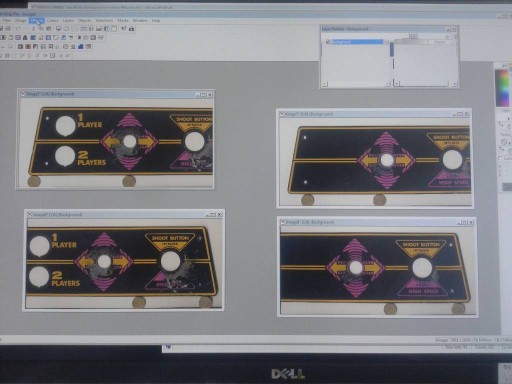 …and a friend of mine printed the result on vinyl… 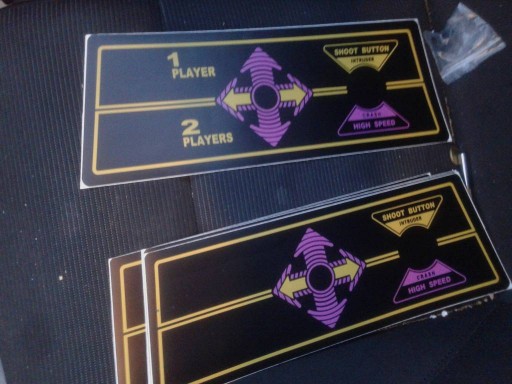 Then I removed all irregularities from the metal plates


and this is the result

Here is the cocktail after cleaning and some troubleshooting 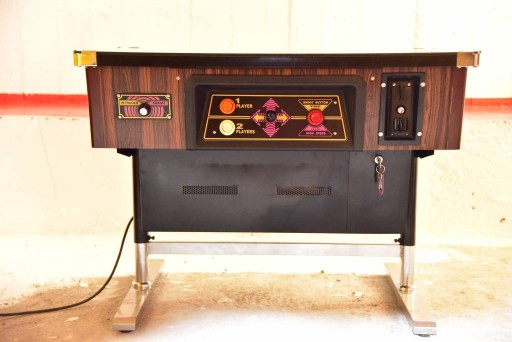 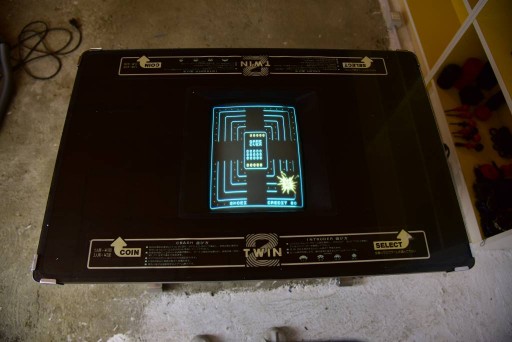 CRASH sound boards had both “strikes” always on. I studied the schematics 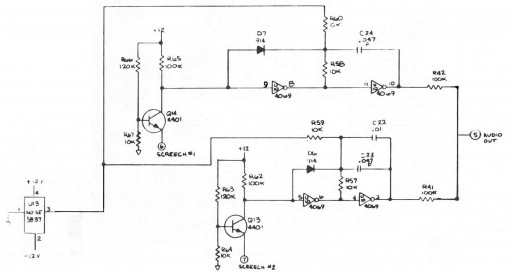 but I didn’t find anything wrong. Then I understood that I had less than 12V and the difference was enough to cause this malfunctioning. I changed 2 resistors: R64 from 10K to 18K R67 from 10K to 18K in this way the circuit can tolerate less than 12V.   About INTRUDER sound board: some sounds were missing and backtracking them I understood that a couple of LM3900 were faulty… This is one of the pages of my troubleshooting diary ahahahah 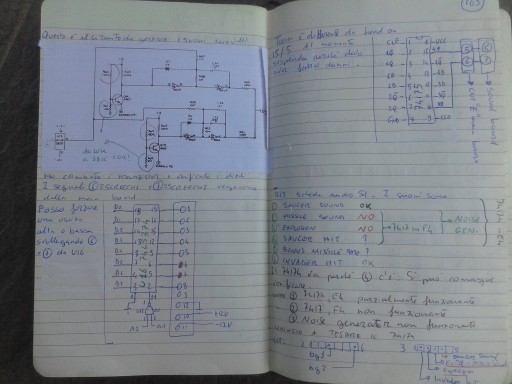